Tracking the Performance of the Tudor Submariner Snowflake Ref. 7016/0

Almost ten years have passed since Tudor emphatically announced their return with the launch of the Black Bay and Pelagos collections. Today, these two wildly successful collections are among the brand’s most popular. What’s more, there has also been a (possibly unintended) side benefit: a surge in demand for the vintage models that inspired these modern watches. Early Tudor Submariners are now more desirable than ever – and not just among hardcore collectors.

One of the most interesting aspects of vintage Tudor Submariners is the sheer variety of models. Like their vintage Rolex counterparts, Tudor produced these tool watches over several decades. Differences between some models are barely perceptible unless you know what you’re looking for. On the other hand, certain models stand out from the crowd, including the Tudor Oyster Prince Submariner ref. 7016/0. Known as the original “Snowflake,” this watch has significantly  appreciated in value since Tudor’s resurgence in the early 2010s. And it’s not showing any signs of slowing down.

A Bit of Background

If you’re new to the world of luxury watches, you’d be forgiven for mistaking Tudor for a new brand, especially given its accessible pricing and popularity with younger watch buyers. In reality, Hans Wilsdorf registered the brand as a trademark over 90 years ago in 1926. If that name sounds familiar, it’s because Mr. Wilsdorf also founded Rolex.

Tudor’s first two decades were rather quiet until Wilsdorf created the “Montres TUDOR S.A.” company in 1946 and began marketing Tudor watches. His idea was simple: create watches that offer the same (or similar) quality and functionality as Rolex, but fit them with third-party movements so that they could have more accessible price tags. To give added credibility to his new venture, Rolex guaranteed the technical integrity of every Tudor watch. This gave consumers confidence that they were still buying a quality product, even if it didn’t have the crown logo on its dial.

The strategy proved quite successful, and it wasn’t long before Tudor was a respected brand in its own right. In the early 1950s, mechanical diving watches were in their infancy. As a result, both Rolex and Tudor turned their attention to developing the first commercial diving watches. Both watches ended up being called the Submariner. Rolex made its debut first, in 1953, followed by Tudor one year later.

The first Tudor Submariner bears the reference number 7922. Its design is nearly identical to that of its elder Rolex sibling. The case has a screw-down back and crown, guaranteeing water resistance to a depth of 100 m (328 ft). The black lacquer dial – protected by domed plexiglass – features large hour markers and Mercedes hands coated in luminous material for easy reading in deep water. The bidirectional rotating bezel is graduated in 5-minute intervals to measure dive time and allow for the adjustment of the decompression stages. Inside, the automatic Fleurier caliber 390 beats away at a frequency of 18,000 alternations per hour. Finally, the screw-down crown and the Oyster-type bracelet, reference 6636 with riveted links, are both embossed with the Rolex logo.

However, many argue that the ref. 7928 has the most classic design of all first-generation Tudor Submariners. It was the final model to be produced in the 1950s, and it introduced several notable changes. The most significant was the inclusion of square crown guards, a distinctive feature of this model. The case was also larger at 39 mm in diameter and the water-resistance increased to 200 meters (656 ft). It is also engraved with the words “ORIGINAL OYSTER CASE BY ROLEX GENEVA.”

Tudor’s reputation for robustness, reliability, and reasonable pricing did not go unnoticed. By the 1960s, a number of military units had adopted Tudor diving watches for their elite personnel. Most notable among them is the Marine Nationale Francé (the French navy) and the United States Navy (USN).

Impressively, the watches provided to these military organizations were neither customized nor commissioned. Each military had simply selected a watch from the Tudor catalog. The only way to tell these models apart from the standard editions is by the engraving on the screw-down case back. However, this doesn’t mean Tudor never received or acted on feedback. In fact, it was quite the opposite, as we’re about to discover.

The Tudor Oyster Prince Submariner ref. 7016/0 debuted in 1969 and is considered the first watch from the second generation of Tudor Submariners. It is also the first timepiece to feature the now-iconic “Snowflake” hands. Tudor paired these hands with large square hour markers, creating a very distinctive aesthetic that soon became synonymous with the Submariner collection. This also marked the first time the dial was available in blue (as opposed to just black).

Performance of the Tudor Submariner Snowflake

Both the hands and hour markers are treated with the luminous material tritium (as indicated by the “T” on either side of “Swiss” at 6 o’clock.) Furthermore, the traditional Tudor rose was replaced by a shield, Tudor’s new logo and a symbol of resistance and reliability. All of this sits under flat plexiglass, as opposed to the domed plexiglass on earlier models. It’s said that this design was in response to a request from the French navy for a watch with greater readability underwater.

Another major change introduced on reference 7016 was the replacement of the automatic caliber 390. Up until this point, it had featured in all Submariner models. Taking its place was the reliable ETA 2483, which also ticks at 18,000 alternation per hour. Beyond this, the 7016’s specifications are largely consistent with those of the previous generation. That means a 39-mm case with a Rolex engraving, a depth rating of 200 meters (656 ft), round crown guards, a screw-down crown with the Rolex logo, a 60-minute graduated bidirectional rotating bezel, and a folding link Oyster-type bracelet, also marked by Rolex.

Interestingly, much like this era’s Rolexes, not all ref. 7016/0 models come with the updated dial. This is most likely because quality control standards were a bit more relaxed back then and brands like Tudor would often use remaining stock (such as hands and dials) from previous models. That’s why you’ll see some ref. 7016/0 models with the nickname “small rose” listed for sale on Chrono24.

Tudor introduced the ref. 7021/0 in the same year as the 7016/0. These two models are nearly identical except that the 7021 also features a date display. The date sits below a cyclops lens at 3 o’clock and has a roulette-type design, with red for the uneven numbers and black for the even numbers. Inside, you’ll find the automatic ETA caliber 2484 with a date disc, polished decorations, and circular Côtes de Genèvefinishes.

Production of the 7016/0 and 7021/0 continued until the mid-1970s, at which point they were replaced by the refs. 9401/0 and 9411/0, respectively. These newer versions were essentially the same as their predecessors, with the exception of updated ETA movements. The French navy equipped their divers with the blue version of the 9401/0.

Modern Influences on the Black Bay and Pelagos

It’s not hard to see the influence that the ref. 7016/0 has had on the Black Bay and Pelagos collections. Both use the distinctive snowflake hands, and the Pelagos even has square hour markers. As a watch lover and collector myself, it’s really cool to see this important part of the brand’s heritage surviving in these new models. I will always prefer the originals, though, and it seems a lot of people feel the same way. This explains the steady increase in value of the ref. 7016/0 over the past few years. Even so, Tudor Subs still remain infinitely more accessible than other steel diving watches from the same era. 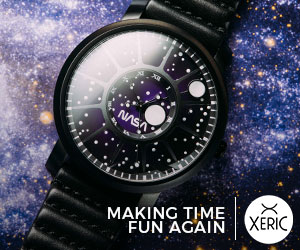